I had a chance to rediscover the place a few weeks ago when I was staying next door in Asbury Park.

The town has three things I found fascinating: grand turn-of-the-century architecture, the beach club where my father lifeguarded in the 1940s and the memorial to a calamitous wreck that occurred in 1854.

The sinking of the New Era, in which 240 of 400 German immigrants died, is commemorated by the ship’s anchor, which was recovered in 1999 and placed in front of a local church.

The New Era was a catastrophe from start to finish. More than forty passengers died of cholera on the trip from Europe. When the ship hit the sandbank the captain and much of the crew leapt into lifeboats and beat back the passengers. There were reports that the dead who washed ashore were looted.

The disaster occurred in the same spot, but 80 years earlier, as the much better-known wreck of the Morro Castle, which caught on fire and beached in Asbury Park in 1934.

My father, who was seven at the time, was living just up the coast in Elberon. He and his family rushed out that evening to watch the ship burn. One third of the passengers, or 134 people, were killed.

Allenhurst was incorporated in 1895 and developed as a wealthy beach resort accessible by rail line to New York City. The houses, many sporting wrap-around porches with colorful awnings, are magnificent. 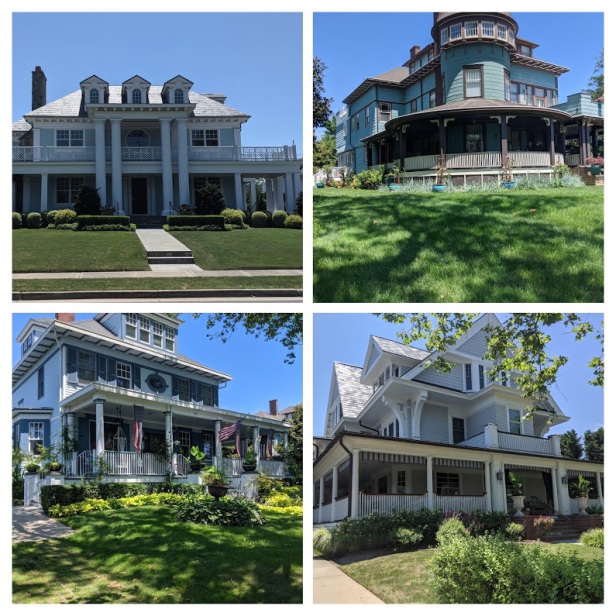 The town is small, so you can walk to the beach. The architecture is a tasteful if eclectic range of designs including Victorian, Queen Anne, Italian Renaissance and Tudor Revival.

The houses are painted in subdued whites and grays, lacking the color and vibrancy of the Victorians in neighboring Asbury Park.

The houses near the beach look like Italian villas, with white stucco and red tiled roofs.

The Allenhurst Beach Club dominates the social scene. My great-grandfather took out a membership in the 1930s and brought the family each weekend.

My dad said they would drive over in their finest Sunday clothes, change in a cabana they rented for the season, and spend the day.

The club had a salt water pool that was drained and re-filled every night, diving boards, cabanas and a gazebo  where musicians would play Big Band music.

Shuffleboard was a big deal, with frequent tournaments. 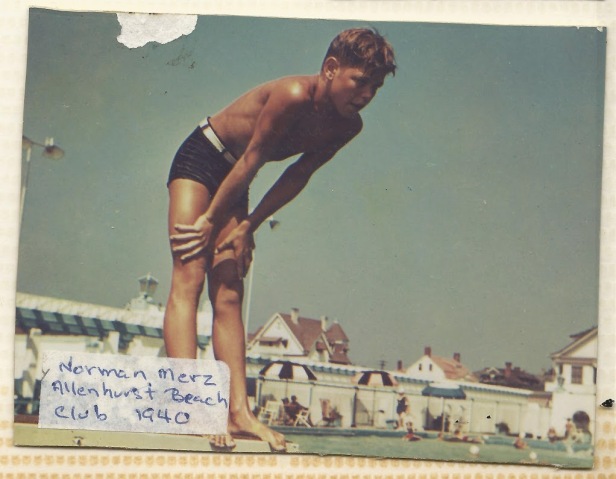 The photo below on the left shows my dad (on the right) being held by his grandfather.

The photo to the right shows my dad and his sister being watched over by my grandmother. 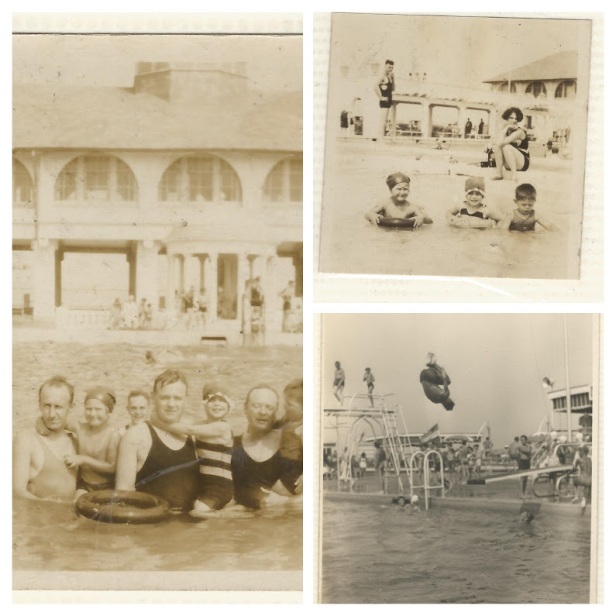 My father was on the diving team in high school so he spent a lot of timing at the club practicing. A year later when he turned 18 he entered the Navy.

When the war ended in 1945, my father was stationed in California. He took a train across the country to Allenhurst where he got off and, knowing it was a hot summer day, carried his bag directly to the club.

When he arrived he interrupted his parents who were in the middle of a game of shuffleboard.

The war was over.

He ended up lifeguarding at the club during his summers in college.

We went back to visit a few years ago and I took a picture of my dad in front of the pool.

In the grand scheme of things not much has changed at the Allenhurst Beach Club.

They removed the bandstand long ago and the diving boards more recently, but the club still rents cabanas and boasts a salt water pool.

And they still have the shuffleboard courts, though no one was playing when we visited.