When I picked Red Hook for one of my biking-during-the-virus tours, I knew it had an Ikea and some art studios in the old redbrick warehouses that extend out on a pier.

And I knew it was not easily accessible by public transportation because it sits on a spit of land just south of Brooklyn Heights and east of Gowanus.

It’s a small, self-contained community with an eclectic mix of single family houses, warehouses, artists, factories and a park overlooking the water.

They do have Citibikes, which is one of my requirements to tour a New York City neighborhood. As I always do, I started at one end and gradually traversed every street.

You see signs of hipster gentrification in the community garden, waterfront promenade next to Ikea, the Widow Jane Distillery and the Cacao Prieto chocolate factory, housed in this awesome relic of a building that resembles the Alamo.

There are some lovely old homes on Coffey Street, including one with a tree house in the backyard.

And landmarks, like Sunny’s Bar, recognizable by the old truck parked out front. The bar has been there more than 100 years and once served the longshoreman flocking to a nearby port.

I stopped at Steve’s Authentic Key Lime Pies at the end of Van Dyke Street and bought a chocolate covered frozen key lime treat on a stick and strolled into Louis Valentino Jr. Park.

Every time I explore New York City I discover some amazing history and this time was no exception.

The park is located on the remains of Fort Defiance, a hill George Washington fortified with four cannon to prevent the British Navy from sailing up the East River.

The fort’s cannons fired on the British and were credited with blocking a warship from sailing up the river. That gave the Americans the ability to make a tactical retreat during the Battle of Brooklyn.

The area was also home to the Atlantic, a man-made port built by Colonel Daniel Richards, a real estate developer who anticipated the need for a larger port created by the Erie Canal.

The basin, now largely forgotten, amounted to one of the biggest ports in the U.S. for 100 years. All that is left is a few red brick warehouses, one turned into condos and the other into art studios.

One of the more remarkable things about New York history is how major developments emerge and disappear so quickly.

On the day I visited, the park was crowded with families and young people out for a picnic. Most people were wearing masks and took care to keep their distance.

There is a small stretch of beach from which people were launching kayaks and stand up paddle boards. 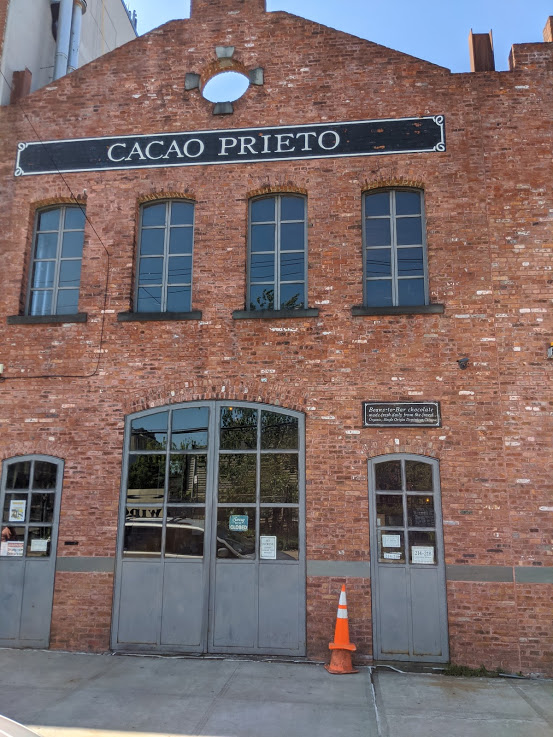 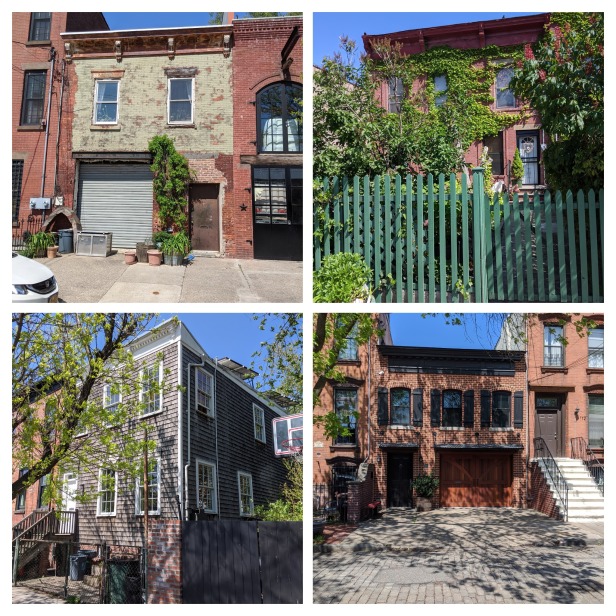 Buildings near the waterfront in Red Hook 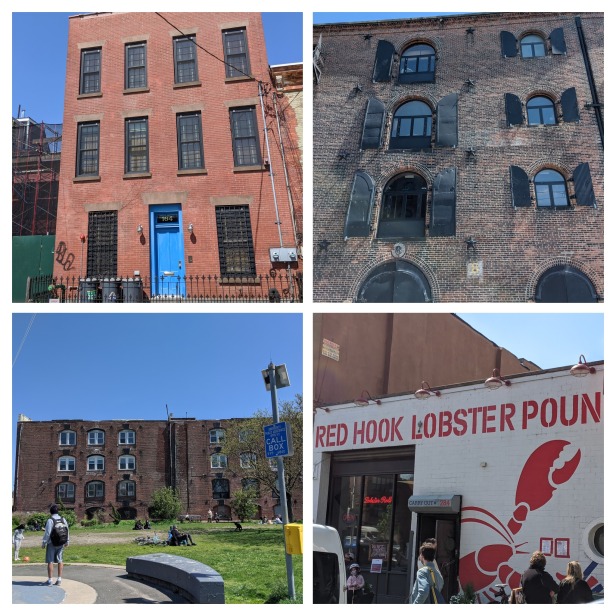