People who move to New York City now can really have no idea how much it has transformed in the past few decades.

Nor how slow, steady and organic it has been.

That’s what occurred to me when I biked the Hudson River Greenway recently as one of my forays to explore the city during the coronavirus lockdown.

Forty years ago the piers along the Hudson River were parking lots. Cars would cruise by transvestites and prostitutes looking for business.

Now, it’s a spectacular stretch of bike path and a narrow verdant park squeezed between the Westside Highway on the on one side and the river on the other.

One by one the piers are being converted into parks. There are still areas being developed, including pier 55, a “floating island” funded by Barry Diller.

I entered the path on the Upper West Side and rode south. For most of the path there’s berm of trees separating you from the traffic.

You see picnics and kayaks and people sunbathing. I rode the path on May 25th and it was spectacular. 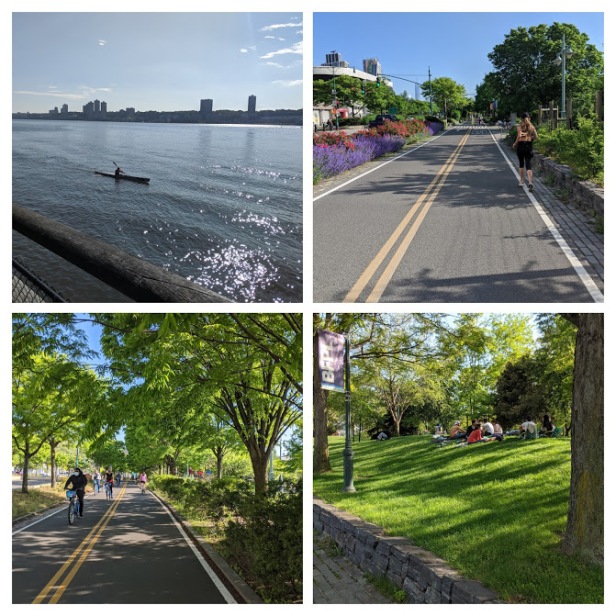 Riding south you can appreciate the real estate boom that has been spurred by the greenway, with hotels, apartments, offices and museums, including the Whitney. 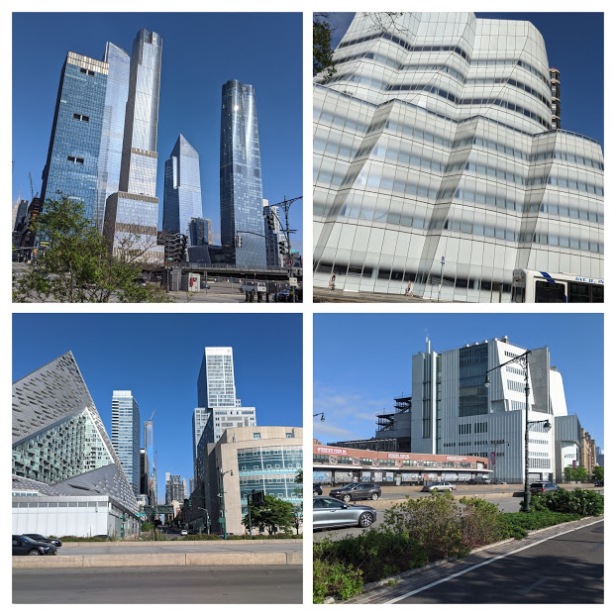 On the river side there are patches of green glades with amazingly large trees. They are sheltered by small walls and vegetation . 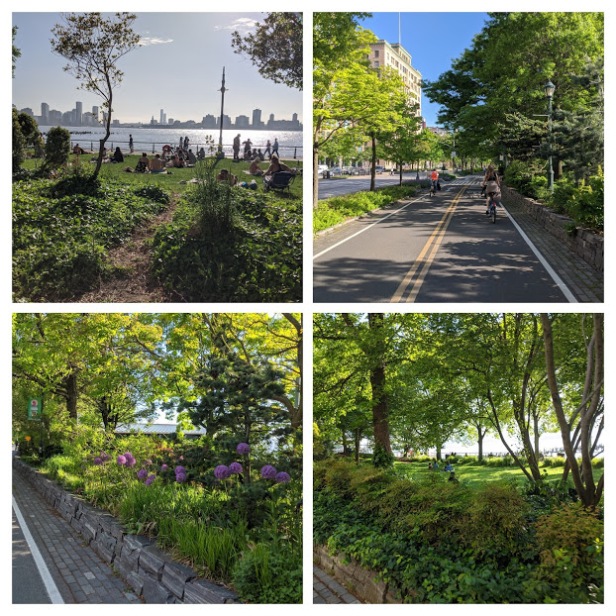 At the southern end of the greenway you can see the Freedom Tower rising up where the Twin Towers once stood. There is also a good view of the Statue of Liberty.

When I rode the basketball courts and tennis courts were empty with the nets removed to discourage people from socializing during the lockdown. 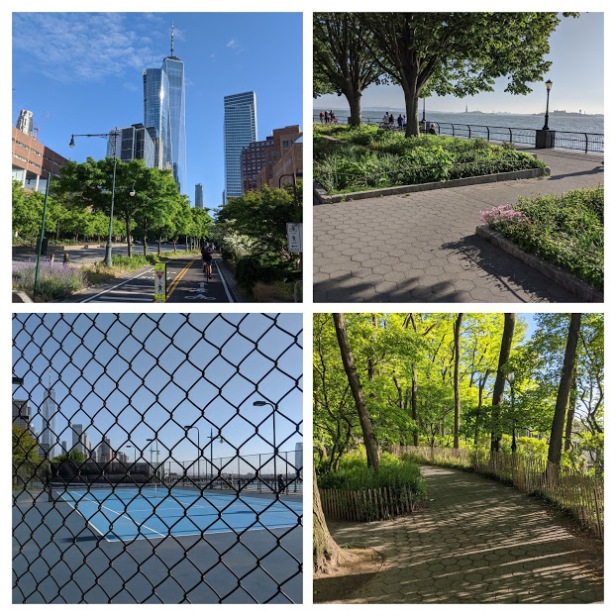 In spite of the lockdown, people were starting to get out to take advantage of the incredible weather. 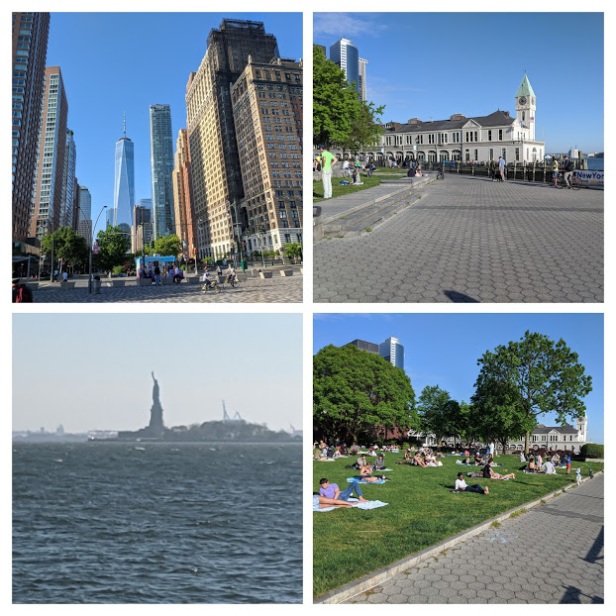 Riding back north I passed pier 66 where there is an old boat called the Frying Pan which has been turned into a bar. The pier also has a great open air deck where you can eat  burgers in the summer. 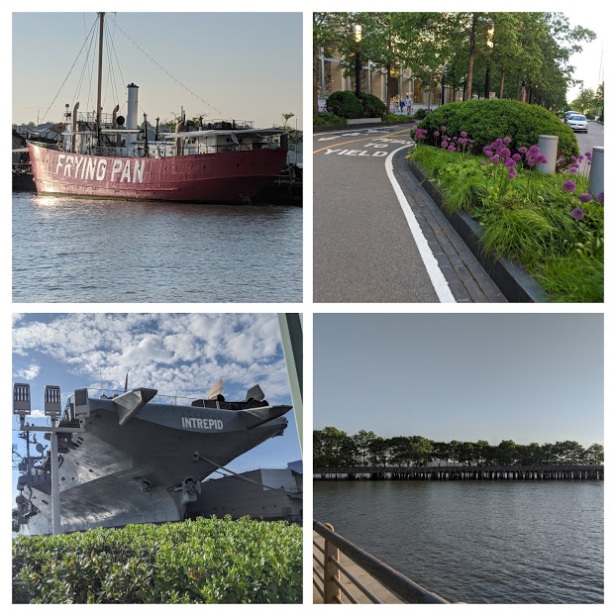 Uptown you pass a stretch of the Greenway that was held up for many years by Trump, who didn’t want a public park built next to one of his real estate developments.

Ironically the park is what has made those buildings so desirable today. 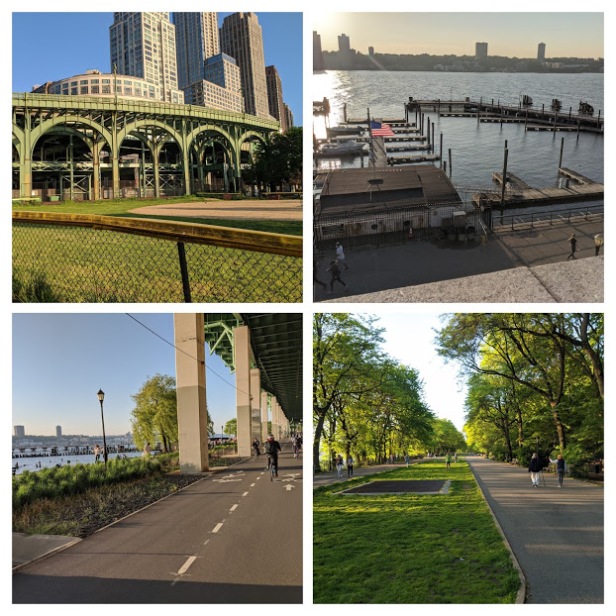